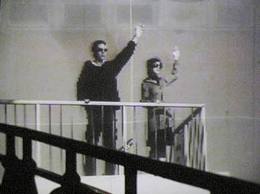 What will the proposed elimination of Fannie Mae and Freddie Mac mean for consumers? In the absence of a government guarantee, experts contend that mortgage rates are likely to rise, and the widespread availability of 30-year mortgages would be jeopardized. Economists at Moody’s Analytics estimate the average mortgage borrower would see interest rates increase by one-half to three-quarters of a percentage point.
Read the full story

Click here to start searching for your new home or list it for sale before rates go any higher!

Error-prone and even abusive practices still plague the mortgage servicing business, according to a new report from the Consumer Financial Protection Bureau (CFPB). The report indicates that servicers have made a variety of mistakes, including sloppy payment processing, poor communications with consumers, and insufficient programs to ensure compliance with federal laws. Under the 2010 Dodd-Frank law, the CFPB is tasked with oversight of consumer products, including mortgages and credit cards, due to issues that stemmed from the 2007-2009 financial crisis.

Making sense of the story

FHA Trims Waiting Period for Borrowers Who Experienced Foreclosure
The FHA is reducing the amount of time a borrower must wait in order to receive an FHA-insured mortgage, according to a new mortgagee letter from the Dept. of Housing and Urban Development. Currently set at three years, the FHA now allows eligible borrowers to receive an FHA-insured loan in as little as one year. Eligible borrowers include those who experienced unemployment or other severe reduction in income and were unable to make their monthly payments, and ultimately lost their homes to a pre-foreclosure sale, deed-in-lieu, or foreclosure.

FHA is allowing for the consideration of borrowers who have experienced an economic event and can document that:

The guidance in the mortgagee letter is applicable to purchase money mortgages in all FHA programs, with the exception of Home Equity Conversion Mortgages.

Looking for that next home or need to sell yours now in the Greater San Diego Area?  Visit www.clarkransom.com for full access to ALL the homes for sale and detailed market information.

Asking Mom and Dad for Cash to buy that Home

Loans from family members could go the extra mile in making a down payment, but financial experts say parental help is most useful when it comes as a gift rather than a loan during the mortgage application process. A family loan may not be viewed favorably by a lender and could lead to disqualification for a mortgage since the loan is considered unsecured debt.  Read the full story.

Click HERE to find out what your home is worth in today’s market.

7 Things That Worry Buyers Most about the Buying/Selling Process
Source: Chicago Agent Magazine

Tight supplies, rising rates and bidding wars have characterized market conditions for many buyers looking to secure the property of their dreams. A new survey conducted by Trulia and Harris Interactive shows that 41 percent of respondents are concerned that mortgage interest rates will rise before they are ready to buy. Finding a suitable home and qualifying for a mortgage were other major concerns. Read the full story

Click Here to find out the current value of your home or an area where you are interested in buying.

A lawsuit filed recently by the Consumer Financial Protection Bureau indicates that “upselling” remains a pressing concern due to hidden, backroom ploys. “Upselling” leads mortgage applicants into higher-cost terms that increase the lender’s profits, and this abusive practice was banned by the Federal Reserve Board in 2011. Read the full story

Visit www.clarkransom,com if you are considering buying or selling a home.

Homebuyers are facing competition from all-cash buyers on top of rising home prices and low inventory. Such cash buyers include foreign investors and baby boomers with sufficient equity. Tips to compete with these buyers include getting pre-approved, making a competitive bid, considering properties that might be overpriced, and freeing up additional cash.
Read the full story

Click Here for the ten things you should NEVER do before buying that next home.

According the the California Association of Realtors®, what are the reasons more Americans are moving into a new home?

The top three reasons are:

In which part of the country are the greatest number of migrating homeowners?  Click on the the Image to find out.

This week, Trulia released the results of its Summer 2013 American Dream Survey. The latest findings reveal the impact today’s competitive real estate market has had on consumer sentiment toward homeownership and the desperate measures people are willing to use to buy a home.

According to the survey, prospective home buyers are feeling the pain of a booming real estate market. The top worry among Americans who plan to buy a home someday, if they were to buy a home in 2013, is that mortgage rates would rise further before they buy (41 percent), followed by rising home prices (37 percent). For consumers in the hottest markets – where asking home prices rose more than 15 percent year-over-year, such as Las Vegas and Oakland – buyers’ worries are even more intense for most of the concerns listed below.

Among Americans who would buy a home someday, 67 percent would use aggressive tactics to buy a home, including bidding above asking, paying the seller’s closing costs, writing personal letters, or removing contingencies, to name a few. The survey found that households earning more than $100,000 a year are more likely to offer to pay the seller’s closing costs or bid above asking, whereas lower-income households making less than $50,000 a year are more likely to borrow money from family or friends to put down 20 percent or make an all-cash offer. Young adults – many of whom are likely to be first-time home buyers – are especially aggressive in their house hunt, with 78 percent likely to do at least one of these tactics.
More info

Register Here for our FREE Home Buying Class the second Saturday of every Month.

For Buyers, only the most fit will survive and succeed in purchasing a home – those with excellent credit and a sizeable down payment can compete with Investors paying all cash.  According to C.A.R.’s 2013 Home Buyer Survey, 96% of buyers use the internet to find a home and 70% of those use their smartphones to do so.  Not a laptop, not an i-Pad…. their phone.  That is a significant change in how buyers shop for homes.  Other factors Buyers will face in order to compete include:

Yet there is good news on the horizon.  As the number of lower-priced homes available on the market begins to decline, Buyers will find the competition leveling out as Cash Investors rarely delve into properties that are priced over $500k.

Register Here for our FREE Home Buying Class the second Saturday of every Month.